A quick introduction to Cambodian food 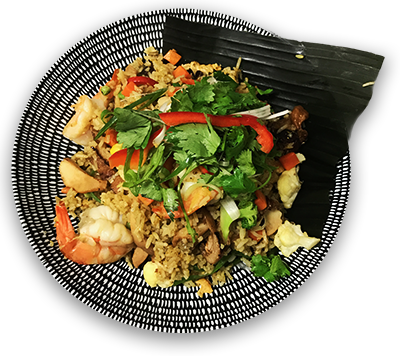 The food of Cambodia is wonderful and has a long history. “Cambodian” cuisine includes Khmer indigenous dishes, as well as cooking influenced by the cuisines of China, India, Laos, Myanmar, Vietnam, Thailand, and France. The most prevalent influences in recent times have come from Thailand and Vietnam. Cambodian cuisine, which itself has distinctive regional variations, is often compared with Thai cuisine, but there are notable differences.

It’s common to find a mixture of spicy, sour, pungent, and salty dishes across a Cambodian table, whereas Thai cooking is more about achieving a balance of flavours within the bowl. Rhizomes and roots such as taro, turmeric and ginger are much more prevalent in Cambodian food than Thai. Cambodian food is also not as hot and spicy as Thai food, though Cambodians especially love to use the spicy herbaceous curry paste called kreang as the basis of many dishes.

Fish and seafood such as salmon, squid and prawns are the dominant meats in Cambodian cuisine, followed by pork, chicken, duck, and beef in soups, stir-fries and curries. Rice is a staple, and if rice isn’t on the table, its place is taken by noodles. In Cambodian dishes there’s a preference for rhizomes, roots, herbs and leaves – turmeric, ginger, lime leaves, and lemongrass contribute delicious flavours to cooking. Cambodians love their greens: vegetables are served crisp and fresh, or wok-fried in curries, soups and stews. Spices, herbs (such as basil, mint, and coriander), rhizomes, dried fruits, flowers, and leaves flavour and garnish the food. 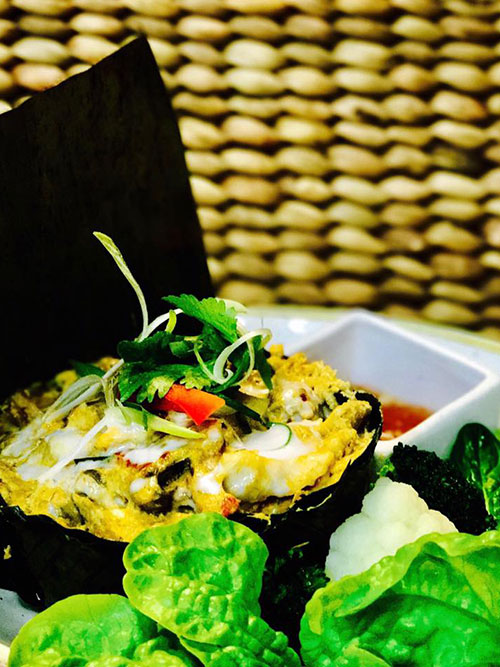 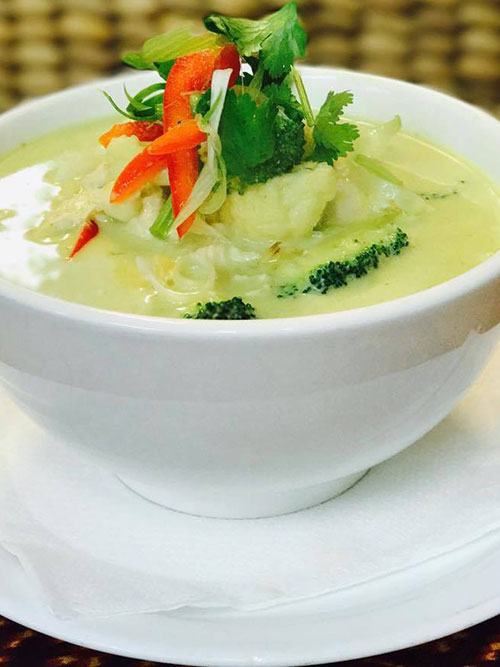 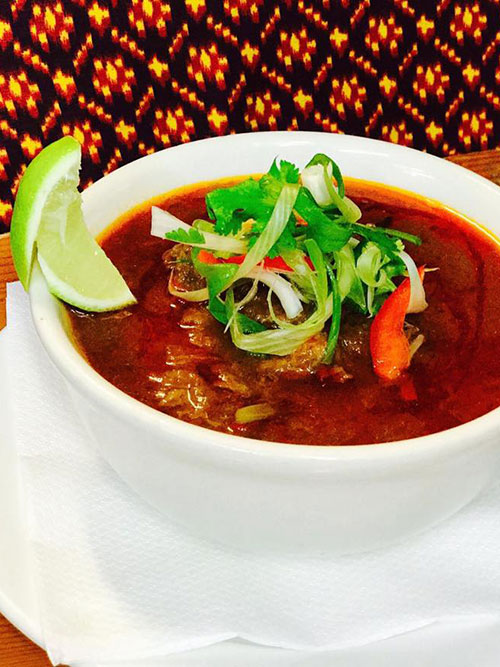 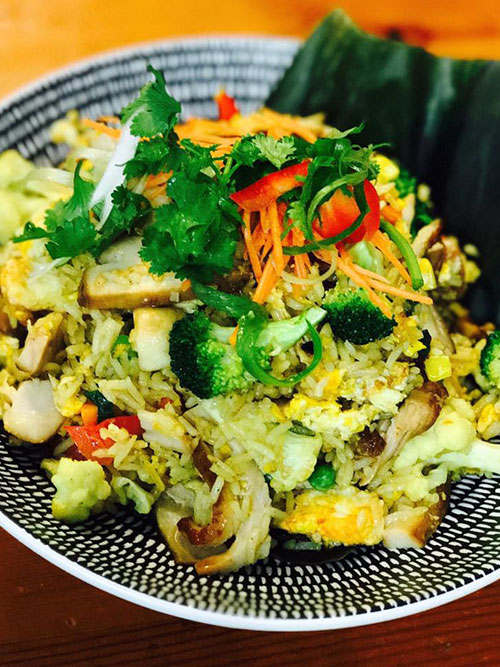 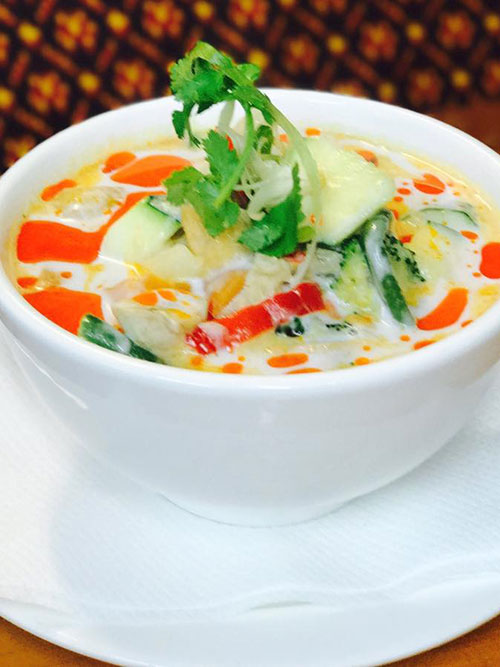 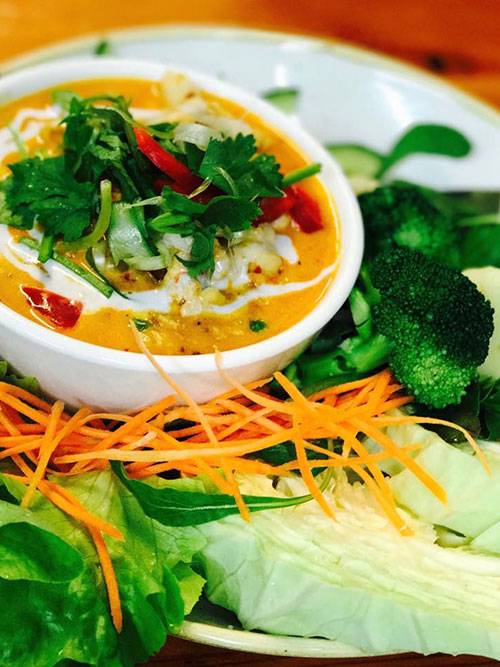 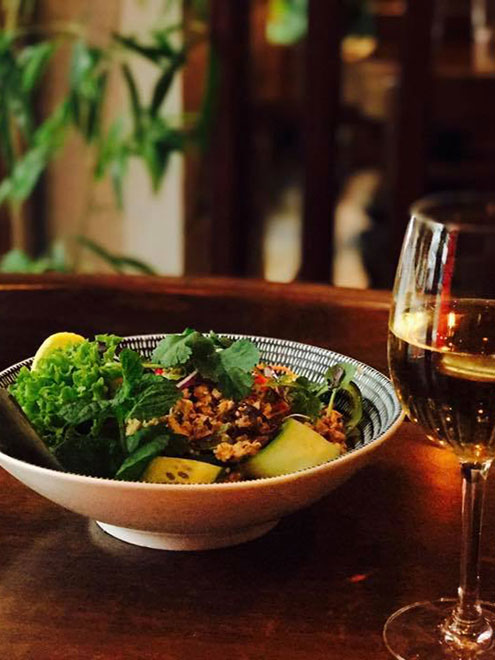 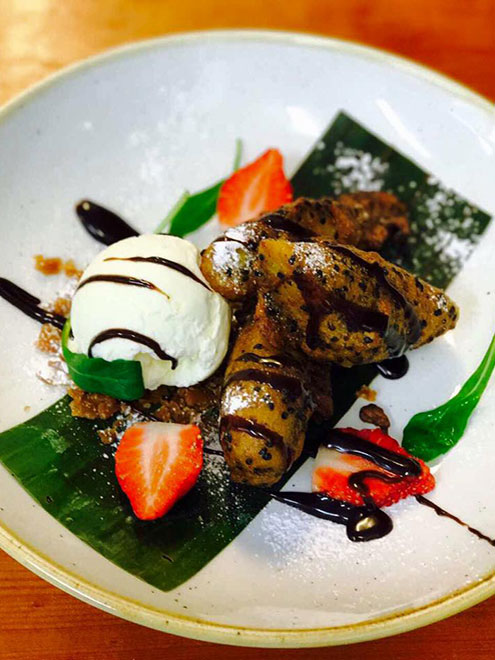